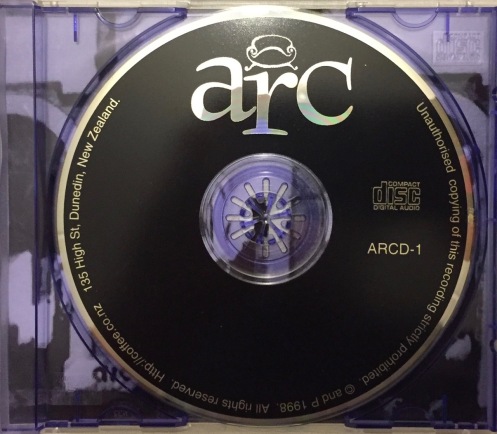 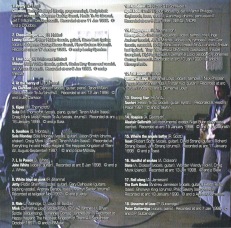 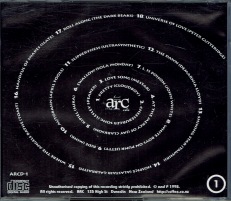 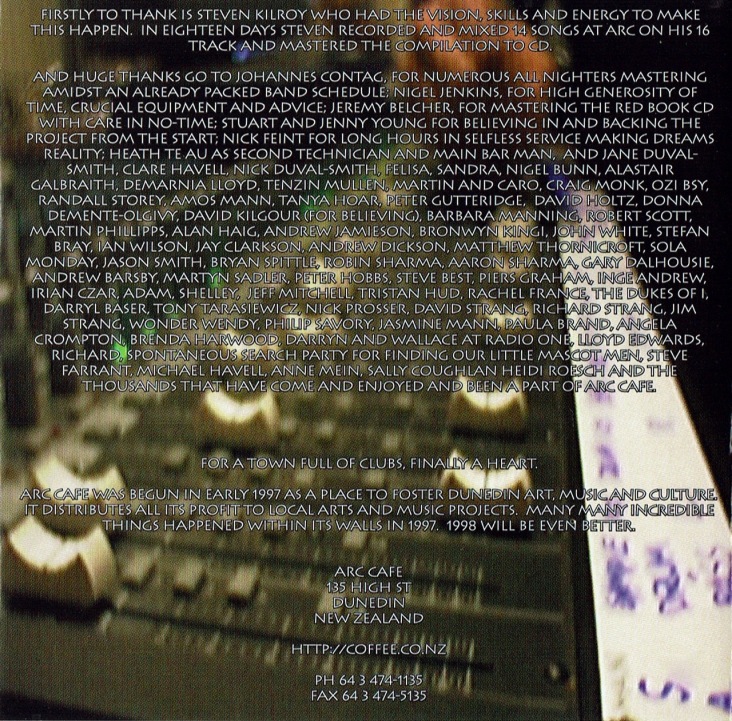 Firstly to thank is Stephen Kilroy who had the vision, skills and energy to make this happen. In eighteen days Stephen recorded and mixed 14 songs at Arc on his 16 track and mastered the compilation to CD.

For a town full of clubs, finally a heart.

Arc Cafe was begun in early 1997 as a place to foster Dunedin art, music and culture. It distributes all its profit to local arts and music projects. Many many incredible things happened within its walls in 1997. 1998 will be even better.